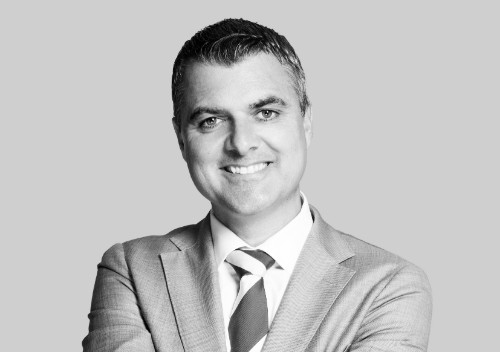 MMJ Real Estate’s CEO – Chris Johnson has announced the appointment of Tom Donnelly, to the role of Director within its Sydney Asset Services Division on the 2nd August.

Tom joins MMJ after having an extensive real estate career which included roles with LJ Hooker Commercial, Colliers and most recently as General Manager of Ray White Commercial.  Tom also spent several years running and operating his own company.

Since arriving from Scotland in 2004, Tom has been involved in the direct property and asset management of both large and small properties, comprising of retail, industrial and office buildings.  His clients have ranged from institutions such as CBA, Australian Unity, Stockland and EG Funds, through to private investors.

Whilst in the UK, Tom worked in financial roles for JP Morgan, and Singapore Airlines when based in London, and the House of Fraser Group, which famously once owned the Harrods department store when based in his hometown of Glasgow.

In commenting on Tom’s appointment, Robert Anderson - MMJ Sydney’s Head of Asset Services, said “Tom adds further senior depth to our team enhancing our capabilities to maximise the performance of our clients’ properties, both large and small”.

Johnson went onto say, “Tom will be able to work closely with our Agency teams to deliver “one stop” real estate solutions and results, particularly for those clients who are seeking the highest service delivery standards and performance”.

Tom’s appointment follows MMJ Sydney’s recruitment of other notable property executives, including John Waugh in early 2019 and Richard Garland in August last year.  John was previously the Head of Valuation & Advisory–ANZ for Cushman & Wakefield, whilst Richard was a senior Director in Knight Frank’s commercial sales team.