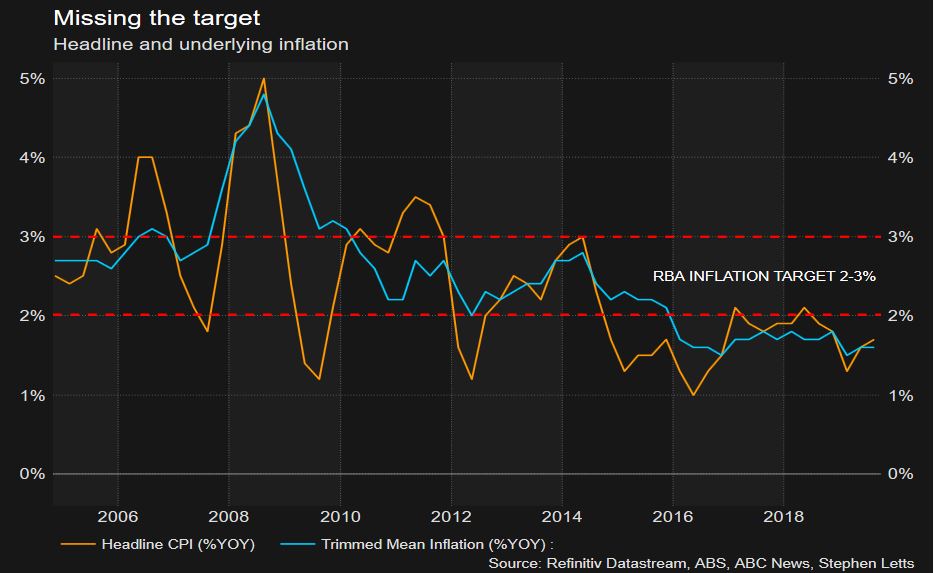 Australia inflation rate has continued to undershoot Reserve Bank expectations with the cost of living rising by 1.7 per cent over the year to the end of September.

The RBA's preferred measure of underlying inflation, stripping out volatile items such as food and fuel prices, came in at 1.6 per cent, roughly unchanged. Underlying inflation has been anchored under the RBA's 2-to-3 per cent target band since early 2016.

While inflation remains weak, the September-quarter result is marginally ahead of expectations and further eases pressure on the RBA's need to cut interest rates next week given unemployment edged down in September. The market's initial reaction saw the odds of a rate cut on Melbourne Cup day slashed to just 5 per cent, while the Australian dollar edged up.

While headline annual inflation edged up from the previous reading, the September quarter traditionally sees solid price rises in highly taxed and regulated sectors such as tobacco and property rates. Stripping out seasonal impacts, inflation was a much softer 0.3 per cent over the quarter rather than the 0.5 per cent headline. 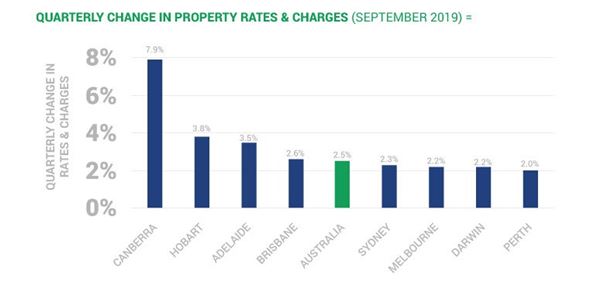 "Prices for utilities [-0.3 per cent] and new dwelling purchases by owner-occupiers [-0.1 per cent] both fell slightly through the year to the September 2019 quarter, while rents [0.4 per cent] recorded only a small rise."

Mr Hockman said despite falls in fruit and vegetable prices over the quarter, the drought was starting to have an impact on a range of other foods.

International travel (+6.1 per cent) was the most significant contributor to the rise in inflation, while property rates and child care both rose 2.5 per cent.

Fuel slipped 2 per cent — the price spike from the attack on Saudi facilities occurring too late in the quarter to have much of an impact. 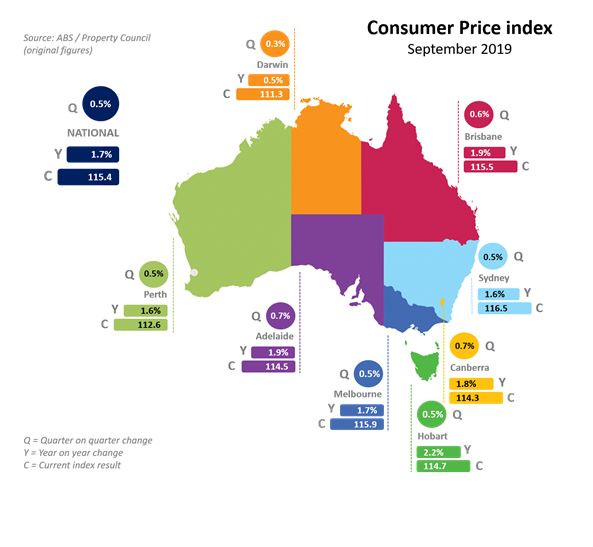