MMJ Awarded Agency of the Year for the second consecutive year. 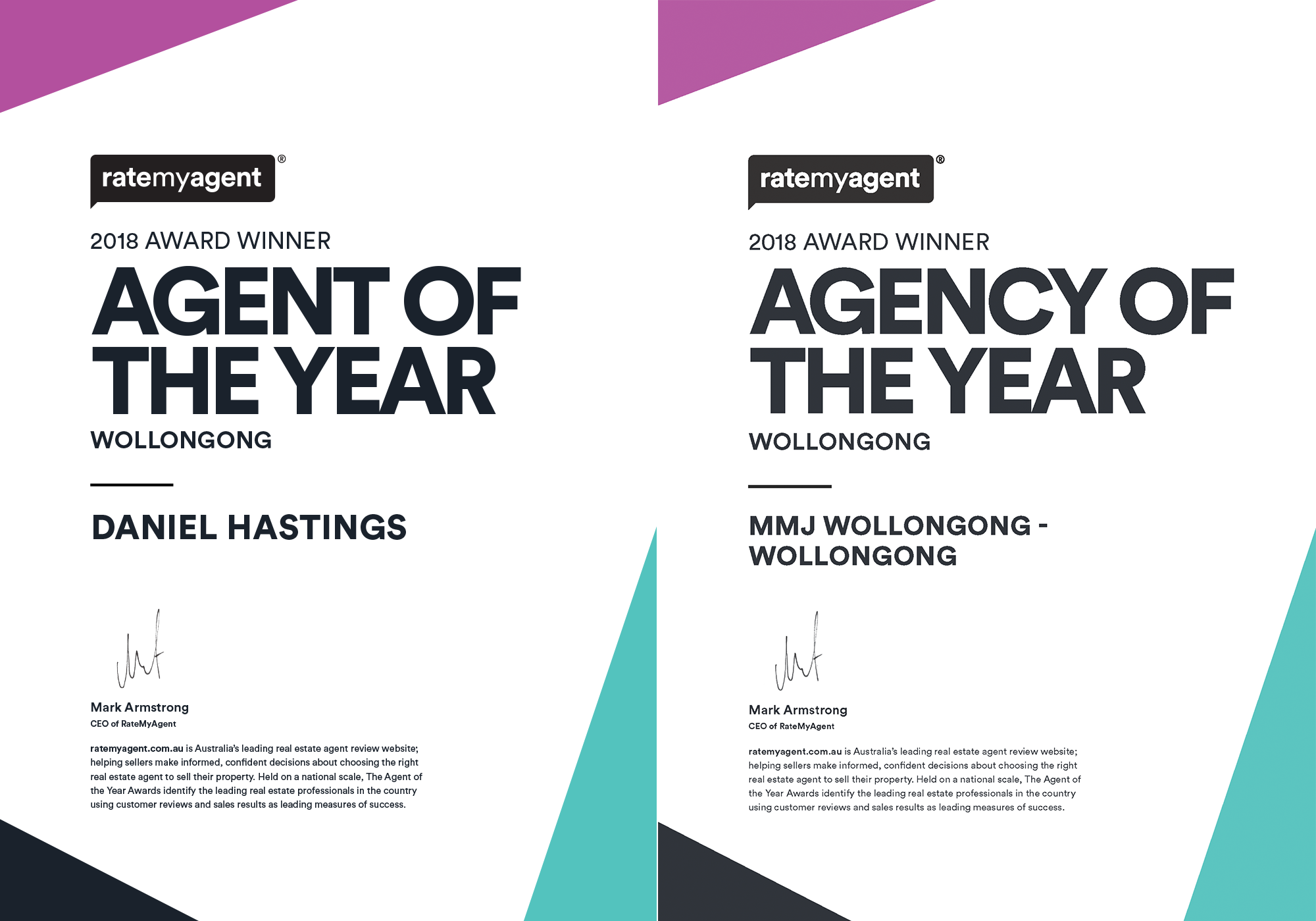 "Client reputation is the epitome of how we get business."

The Rate My Agent of the Year Awards compare over 32,000 agent and agencies across the country highlighting the leading agents in each suburb, city and state.

“The RateMyAgent Agent of the Year Awards are the only awards which use verified customer reviews and feedback, so they’re an honest gauge of the customer service an agent has provided,” said RateMyAgent CEO & Co-Founder, Mark Armstrong.  “These awards are the only industry awards to put sellers' needs first, using customer reviews as a leading indicator of an agent's success over 2017.”

The awards, which are in their fourth year, are the only major customer choice awards for the real estate industry in Australia.  Rather than being judged by industry peers, the awards are calculated based on the reviews that customers provide on the RateMyAgent website.