Office markets tighten across the country 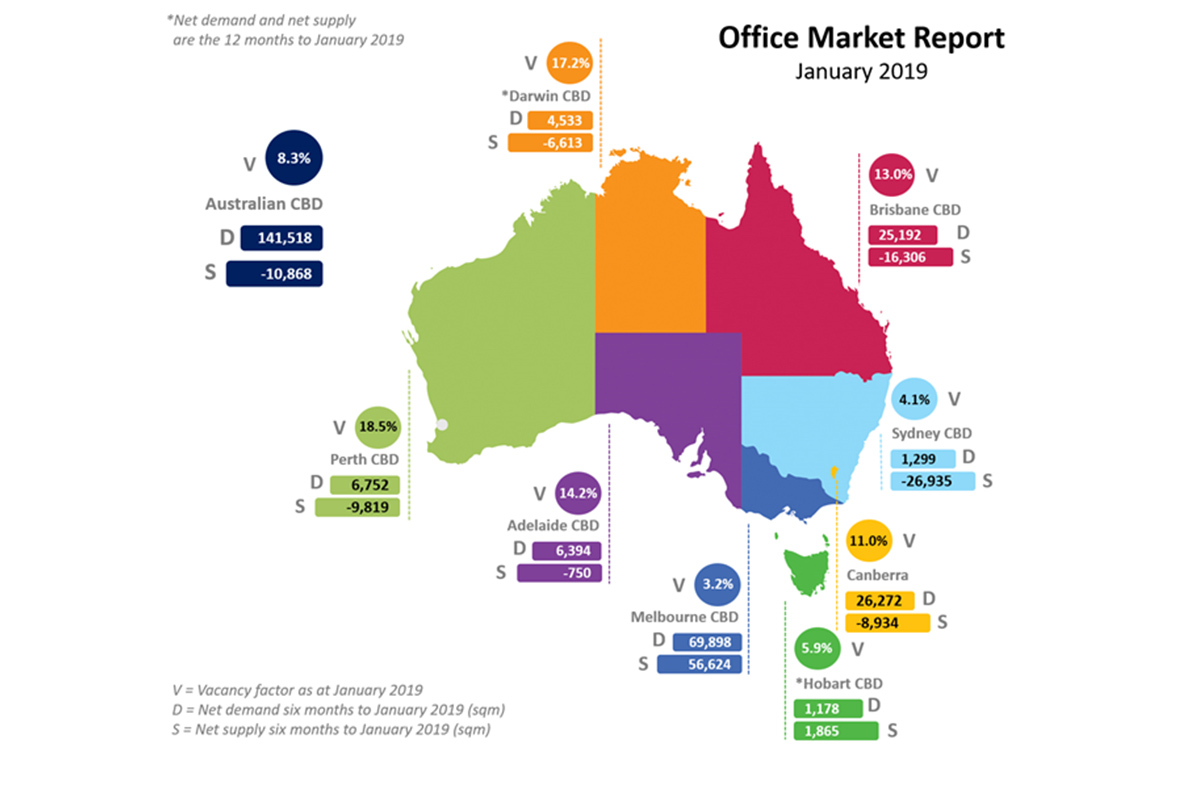 Growing demand for office space is driving down vacancy rates in CBDs across Australia, with Melbourne and Sydney at decade-lows, according the latest Property Council Australian Office Market Report.

Overall, Australian office vacancy fell by 0.7 per cent in the six months to January 2019 to 8.5 per cent.

“Office vacancies have tightened in CBDs across the country, with Melbourne and Sydney now at incredibly low levels,” said Ken Morrison, Chief Executive of the Property Council of Australia.

“While their headline vacancy results are similar, the supply and demand dynamics of Sydney and Melbourne are really a tale of two cities.

“Both markets have strong economic fundamentals, but the Melbourne CBD has seen both strong supply of new office space and strong demand for that space. In the Sydney CBD the combination of a net withdrawal of office space and a tight market has left demand nowhere to grow into.

“Looking ahead, Melbourne will account for half of the additional one million square metres of office space coming onto the Australia’s CBD markets over the next three years,” Mr Morrison said.

Across the country, there has been a decrease in office vacancy rates in all capital city markets (except Hobart), including in higher vacancy markets.

Net tenant demand has increased in both CBD and non-CBD markets, with positive demand in CBD markets for the ninth consecutive period.

The national CBD office market vacancy rate fell to 8.3 per cent (down from 9.1 per cent in the previous period) which is its lowest level since January 2013.

The office market vacancy rate in non-CBD markets also fell slightly to 9.1 per cent (down from 9.2 per cent in the previous period).

Melbourne and Hobart were the only capital cities to report positive net supply for the period.

Almost 1million sqm of office space will be added to Australian CBD markets over the next three years, with half of this new space being supplied to the Melbourne market which will grow by more than 10 per cent of its current stock.

For more analysis and commentary by markets, visit the Property Council Data Room at http://research.propertycouncil.com.au/data-room